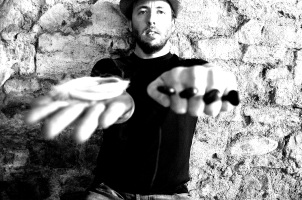 Eoghan Neff is an improvisational avant-garde Irish fiddle-player, composer and doctor of music. He continues to tour and record internationally as well as collaborate on various fusion and multimedia projects that include anything from electroacoustic improve collectives to Hollywood and European art-house film productions. Among many more accolades, he has toured extensively with Riverdance and the Anxo Lorenzo Band; recorded with the London Metropolitan Orchestra and Torrek; featured on the soundtracks of Cannes Festival winner Hrútar and Oscar-winner Kevin Macdonald’s feature The Eagle; as well as composed the award-winning score for theatre production Selkie and the half-million YouTube hit instrumental piece Return of the Eagle along with Atli Örvarsson.